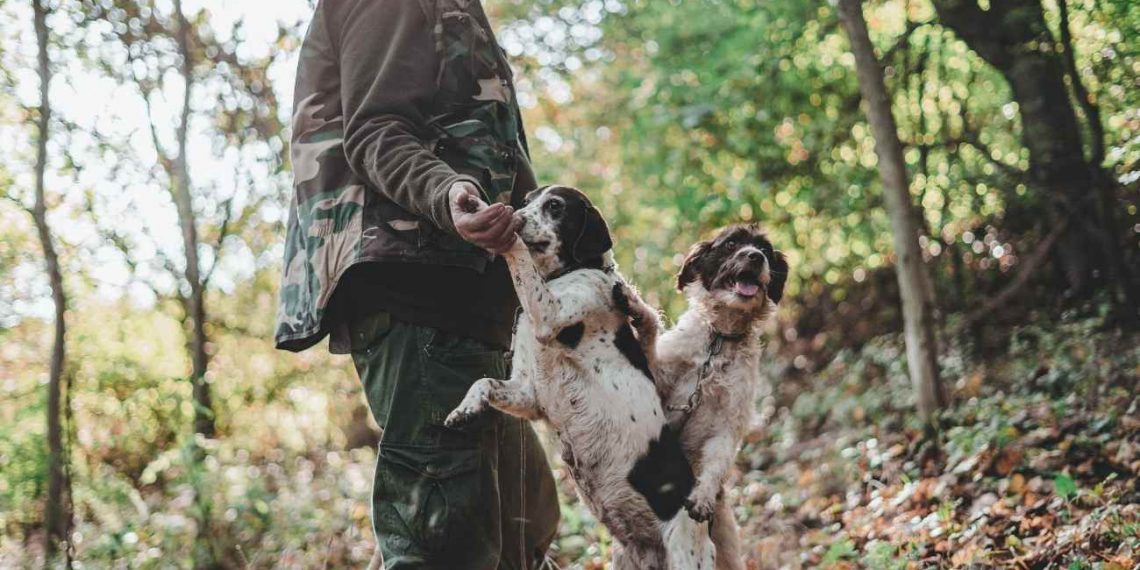 Man’s best friend is also capable of being a man’s best teammate. Some breeds are better at hunting than others. For instance, you’re not going to see a Chihuahua running down a feral hog anytime soon.

It’s a partnership and a team effort, and when the dogs let loose their howls when they catch the scent of their prey, it will send gooseflesh running up your back. Hound dogs (of which there are several varieties) often top the list, but you might be surprised at some of the other dog breeds that are capable and efficient hunters. 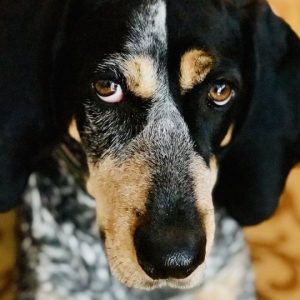 Of course, old reliable had to top the list. The Bluetick Hound is the image of the hunting dog that springs first to everyone’s mind. They have a powerful scenting ability, are relentless in pursuit, and are full of the stamina necessary for the chase.

Blueticks are for hunting mountain lions, after all. No one can say they aren’t fearless hunters. They’re also good at picking up old trails, which is often necessary when hunting a mountain lion. Once they have the scent, nothing short of a tank will stop them until the object of their pursuit is cornered.

If you’re a regular hunter and only hunt alone, you may not have heard of these specialized turkey hunters. If you’re planning a turkey hunt shortly, however, you may want to give the Appalachian Turkey Dog a second look.

Unfortunately, they are not recognized by the AKC, but that doesn’t change the fact that this dog can track both ground and scents in the air with equal ease. Their sole job is to hit a flock of turkeys like a tornado, scattering them, giving chase, and flushing them out of cover. 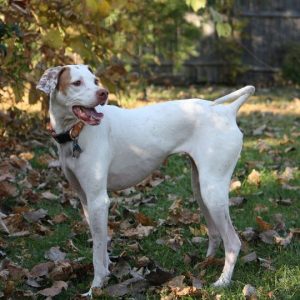 If you want to see a dog that uses its entire body to point in a single direction, the English Pointer fits the bill. Of course, when they point, that’s where you want to go. They’re infatuated with birds.

They make the perfect waterfowl companions, especially when it comes to quail. If you want a family dog that cares for its family as much as the hunt, you will have to be very careful in your selection. Pointers are high energy and love the hunt and chase, so lounging around the house is a no-go.

Another bird hunter specializing in pheasants, the English Springer Spaniel is excellent at flushing ducks as well. They’re also happy dogs, so you will get a little infectious morning cheer right before the hunt begins.

The field is irrelevant. A Springer Spaniel will find the birds and flush them out as well as any other hunting dog. They also have an excellent retrieving instinct and are often compared to pointers, sometimes exceeding them in that capability.

Beagles were built for rabbits, and no other dog breed does it better. Beagles have hunted rabbits and other small game for well over two centuries, so their historical pedigree is bar none.

They also happen to make great family pets, and some families have beagles without realizing where their true potential lies. Beagles, though small, make up for it with one of the most powerful noses among the hunting dog breeds. They hold a top registration position with the AKC. 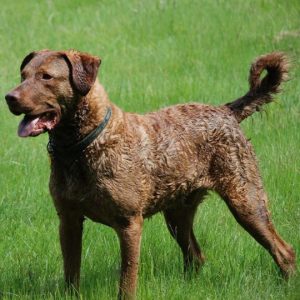 Bay Retrievers, also known as Chesapeake Bay Retrievers, are the only hunting dogs 100% homegrown in the United States. Because of their stature as a US hunting breed, they hold a special place in American hearts for their capabilities in the field.

They also happen to be one of the best when it comes to waterfowl. They have no fear of icy water and will jump right in, cold or not. Their determination and willpower are second to none. The downside of that is their willpower often turns into hard-headedness. A proper amount of training is a must.

No dog is more loved and hated than the American Pitbull. Unfortunately, they’re the underground choice for dog fighting, where they are treated with zero pity and unmerciful violence, igniting their aggression at all times. However, as a family and hunting dog, and with the right training, they are veritable tanks against feral hogs.

Most other hunting dogs will corner a feral pig but remain out of reach. The pit bull, however, is like a merciless bulldozer, piling into the pig and taking it down to the ground. It may not be the best hunting dog for most other games, but where feral pigs are concerned, the pit bull reigns supreme.

These great big, shaggy dogs may not look like dogs with hunter instincts, but they are some of the best when it comes to bird hunting. Don’t let their shaggy aloofness fool you into thinking they lack focused attention and willpower.

An Irish Setter is no less than its English Setter cousin and it will hunt just fine. Irish Setters are plenty tough, have a great deal of sensory perception, and, most importantly, they’re tough dogs that can stick it out on a tough day. 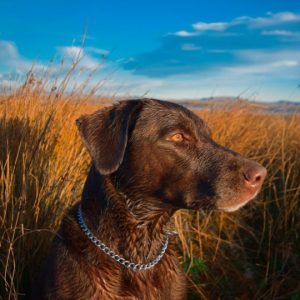 Most people see a lab as a house dog, and for the most part, that’s exactly what they are. They make great family dogs, and the vast majority of Labs will be born, live, and die as nothing more than a family pet. However, there’s a lot more to them than that.

They have the coats for winter hunting, and they’re built tough, with plenty of endurance for the long haul. Labrador Retrievers made their reputation on waterfowl, and most hunters will tell you they’re the best waterfowl dogs you can put your hands on.

These dogs are like something out of a comic book. They hardly seem real—powerful, rippling muscles on their low-to-the-ground bodies. They resemble pit bulls but look like a pit bull that’s been injecting steroids for half a decade.

They may lack the powerful musculature of Dogo Argentinos and the relentless savagery of Pit Bulls, but Plott Hounds are bear dogs, and that’s what they do best. Despite their big, floppy ears, they’re relentless and they think fast—both of which are necessary when they corner a black bear.

Fortunately, these dogs are fast and have a lot of endurance, the latter of which is especially needed when hunting chukar. They have an excellent sense of smell, which enables them to point out Chukar or other upland birds from a ways off, giving you time to get ready. 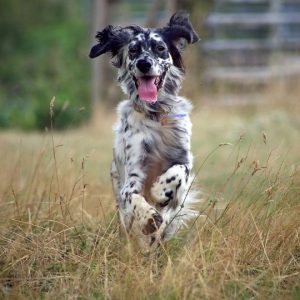 We covered the Irish Setter.  English Setter cousins have their skills, especially where grouse are concerned. A good English Pointer has the patience to remain pointing until you’re in position, which is difficult to do for the best dogs.

You have to be careful in your selection, however, because there are two types of AKC English Setters. The first type is the conformation type, and the second is the field type. You want the second type.

Deer are fast, quick on the hoof, and can run for miles, even when wounded. Unfortunately, they can’t outrun an American Foxhound. It will stay on the deer’s heels until the deer finally drops out of pure exhaustion.

This is a rare kind of endurance in a dog and though they don’t look it, they can run for miles and miles. They’re exceptional hunting companions when venison is on the menu.

Mountain Cur is like a jack of all trades. If you remove upland birds and waterfowl from the equation, a Mountain Cur is one of the best small and large game hunting dogs to choose from. They are equally good at treeing a raccoon or squirrel as they corner a feral hog or a black bear.

They’ll also run a deer until it drops. It may not have the elite endurance skill of the American Foxhound, but a Mountain Cur’s secret is in its pure versatility.

There you have it, some of the best hunting dog breeds around. The best part about this list is it covers almost every kind of game you can think of, including turkey, deer, bear, pig, waterfowl, and upland bird. We even found a place for the Chukar.

You have to carefully select these dogs. Never purchase a purebred dog without their pedigree and proof of AKC registration. A good pedigree will have a well-established family line, along with pertinent health information.

Some of these dogs have different lines that are all AKC registered, so it’s a good idea to do your homework well ahead of time. Remember, backyard breeders sell backyard dogs. A good purebred hunting dog is worth the money, and it’s certainly worth more than a backyard breeder.