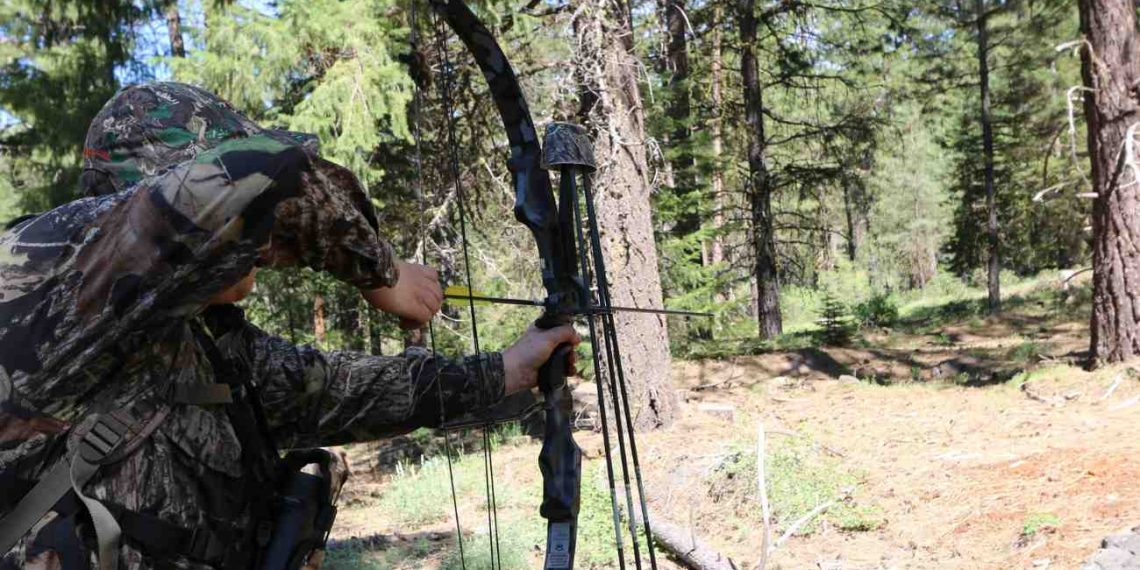 Felons and firearms have long been a source of contention. Most people accept the idea that felons can no longer carry a firearm. Whether you believe a felon has paid their debt to society or not, does a bow fall into the category of firearms? Can felons bow hunt?

It is perfectly legal for felons to hunt with a bow and arrow or a crossbow. The 1968 Gun Control Act specifically defines the term, “firearm” and compound bows, long bows, crossbows, and recurve bows fall outside of that definition.

The language of the law uses the word, “firearms.” The Bureau of Alcohol, Tobacco, and Firearms defines the term as the following: “will or is designed to or may readily be converted to expel a projectile by the action of an explosive.” 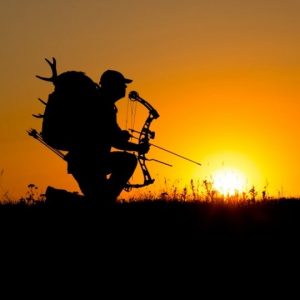 Under those terms, a convicted felon is well within the boundaries of the law when it comes to bow hunting. In fact, in some states, the law is loose enough to allow felons to hunt with a very specific set of firearms.

For example, in the state of Florida, the Florida Supreme court ruled that despite Christopher Douglas Weeks’ felony conviction, he was wrongly arrested by the Fish and Wildlife Commission for hunting with a 1918 .50 caliber muzzleloader.

It’s a good example of the law not covering everything and also why it’s perfectly legal for a felon to hunt with a bow of any type, so long as the arrow is not propelled forward by means of an explosive.

With that being said, some states have their own laws concerning bow hunting and felons. Since the internet is never a good substitute for understanding the application of the law in various states, it’s incumbent upon you to check with your local game and wildlife commission or the county sheriff’s department.

Is a Bow Considered a Firearm 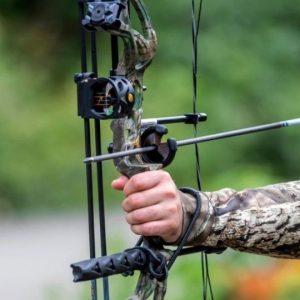 A bow is not considered a firearm in any state. While the ATF (Bureau of Alcohol, Tobacco, and Firearms) readily defines a firearm, no states add anything to that definition. States with heavy gun control laws, like New York and California, don’t go that far either.

People who don’t hunt often lack a clear understanding of why people choose to hunt. For the most part, it’s about the food, with the sport part of it coming in second. In most places, especially when you own your own land, it’s much more cost-effective to shoot and butcher your own deer, rather than buy beef from the supermarket.

Deer venison is also more expensive when you buy it from grocery retailers (the ones that offer it, anyway). Hunting has long been considered a basic right, especially in rural areas throughout the country.

It will be a very extensive overreach to include bows and crossbows in the definition of a firearm, solely to dissuade convicted felons from hunting.

Unfortunately, at least one state has done just that. Colorado doesn’t include bows in its definition of firearms. However, they add bows and crossbows to the list of weapons felons cannot have.

Can a Felon Own a Bow and Arrow 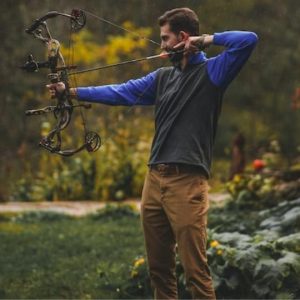 A felon can own a bow and arrow in most states, with Colorado being the lone holdout. However, each state has different laws, or their laws contain subtle nuances that are different from those of other states.

The best way to handle any question of legality, especially if you want to go out and hunt with a bow or crossbow with some friends, is to contact an attorney or check with your local sheriff’s department or game and wildlife officers.

If you’re worried about paying for an attorney, most offer free 30-minute or hour-long consultations. You will probably get your answer during that consultation.

Can a Felon Own a Crossbow

In general, there is no problem with a felon owning a crossbow. Crossbows fall under the same category as bows, though some states may view it differently. Once again, it’s best if you check before you load up and head out.

Is a Hunting License Required?

For the most part, a convicted felon is perfectly fine owning a bow or a crossbow, as well as hunting with it. Colorado remains the lone holdout in this area. But every state has its own rules and regulations regarding such things.

Some states, like Louisiana, have a system where convicted felons can apply for the right to own a firearm to be returned. It depends on how long ago the conviction was and good behavior since release.

As we mentioned above, never take the internet at face value and allow it to be a substitute for legal knowledge. If you’re a felon and you want to go bow hunting, check with your local authorities and consult with an attorney first.