Do Fish Bite in the Rain 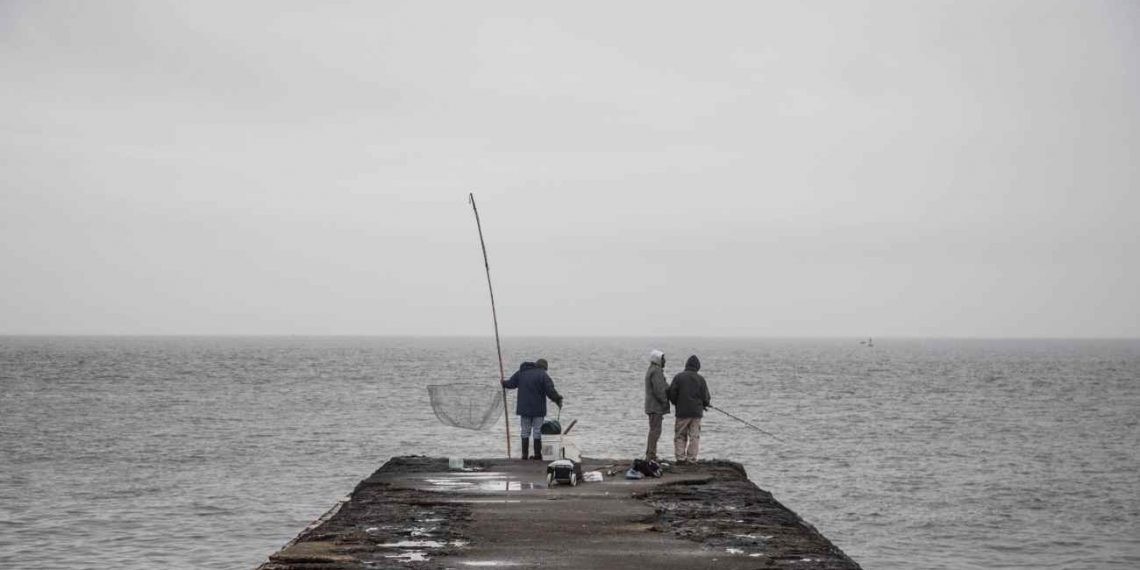 Fishing and hunting are both similar in terms of the myths surrounding them. Rain is no exception, and any salty angler will have an opinion to express on the matter of rain and when to take advantage of it. But is there anything to take advantage of? Do fish bite in the rain?

In general, fish activity decreases in the rain, especially in heavy rain. However, it doesn’t stay that way. What you want to avoid, is casting right when the rain starts. Instead, give it a little time, and the fishing will quickly become exceptional.

Of course, there’s more to it than that. Rainfall during the cold, winter months isn’t quite the same as rainfall in the middle of the summer. Rain has a unique effect on fish and their instinctive habits. It changes their rhythm.

Tips for Fishing in the Rain 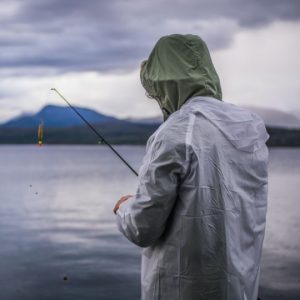 If you want to improve your take during the rainy season, you need to understand how rain affects the fish and what they normally do in the beginning, throughout, and after a decent rainfall. After all, fish react to rain for several reasons.

Fish only do three things—swim, eat, and breed. A heavy rain changes their ability to do all of the above. Fish used to swimming in a calm pond are suddenly deluged with rapidly changing surface turbulence.

They’re forced deeper as the oxygen along the surface is depleted. Their visual abilities change as well, and they become more easily spooked since they can no longer see to the same degree as before.

All these things would lead an angler to believe that fishing in the rain is the worst possible thing to do. The key is to wait.

No one wants to sit outside in driving rain, especially in a little john boat, out on the water. However, if you can tolerate it, your fishing luck will improve drastically if you wait until the heavy or moderate rain turns into a drizzle. It improves even more in the hour or so immediately after the rain passes.

2. Stick to the surface 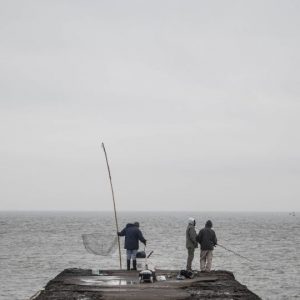 Once the rain dies down, the fish become less spooked. They still can’t see as well, but the oxygen rushes back in, and they almost go into a feeding frenzy close to the surface. The line you use is irrelevant since they can’t see it, so go with your favorite braided, monofilament, or fluorocarbon.

A good topwater crankbait will serve you very well in this instance.

Don’t hang it up after you catch a few or if there is a small gap in the action. Keep fishing because you can expect the level of activity to last for a good hour after the rainfall moves out of the area.

If you happen to be in freshwater, largemouth hit their little surface frenzy well before the rain passes through the area. Largemouth bass are much more aggressive during the sprinkling/drizzle phase of the rain than immediately after, though the fishing is still really good. 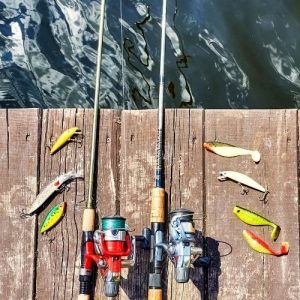 Along with topwater crankbaits, the best lures are the ones that smell the most. Fish can’t see as well throughout the rain and immediately after. They become much more dependent on their sense of smell.

Is Fishing Better Before or After the Rain

It’s definitely better after the rain, in the hour immediately after it drops from a moderate to heavy rainfall to a drizzle. You’ll notice that right before the rain arrives, fishing is terrible. That’s because you have a different pressure moving in ahead of the rain.

Fish, like most animals, are more closely attuned to changes in the environment, and they can sense a rainstorm coming long before you see the first thunderhead peaking over the trees.

Stick to the shallows before the rainfall and move to deeper water immediately after it passes. Fish tend to move to shallow water right before the rain and in the beginning since they can see better. They move out as the rain tapers off.

Fishing in the rain is not as bad as you think, so long as you time everything right and position yourself for the best possible opportunity. Fish in the shallows as soon as you recognize the rain is coming and move into deeper water as it dies down.

If you suspect rain may be an issue throughout the day, be sure to bring lures that smell and rigs designed for a lot of topwater action. Anything deep during and after the rain won’t be very productive. Last but not least, make sure you bring a raincoat.