Parts of an Arrow 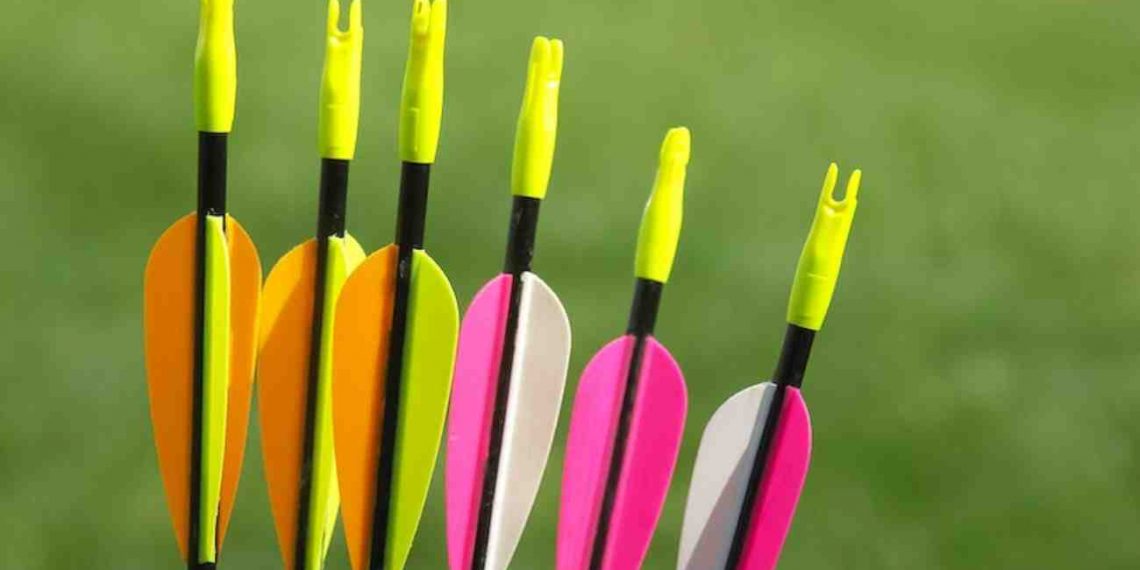 From a nonchalant standpoint, there’s just not much to an arrow. It has a pointy end and some featherlike things sticking out of the opposite end. It also happens to be long enough to notch on a bowstring and let loose down range.

However, there is a lot more to it than that. Today’s modern arrows are fascinating combinations of technology, finesse, accuracy, and streamlined perfection. There are more parts to an arrow than most people realize.

Not only are there more parts, but at least one of those parts is actually a description of cause and effect, rather than something physical you can touch and hold.

What are the Parts of an Arrow

There are five or six parts of an arrow, depending on who you are talking to. For simplification, there are five parts with a sixth “non-part.” That last we will cover at the bottom of the list. 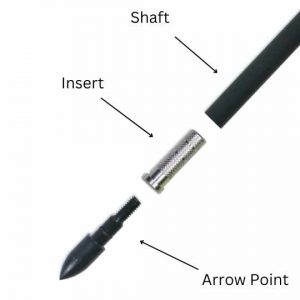 Of course, the most recognizable part of the arrow is the shaft. The shaft is the body of an arrow, the long, tubular section that extends from the “nock” to the “insert.” There are several materials that shafts are manufactured with, including steel, aluminum, fiberglass, carbon, and wood.

Some arrows have shafts that are hybrids or combinations of two materials. For instance, some arrow shafts are made from both carbon and aluminum, taking advantage of the strength of one, combines with the light weight of the other.

Located at the very back of the arrow, there is a tiny piece with a split down the center. The split might be U or V-shaped. This little piece, typically made of hard plastic, is called the nock. 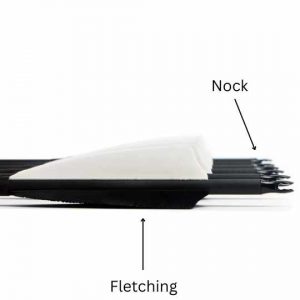 That groove on the back of the nock is where the bowstring rests when you “notch” the arrow. Most of the time, you will feel the string “snap” into the nock and know that the arrow is securely in place.

The feathers part of the arrow is known as the fletching. They do exactly what you would expect them to do—maintain the arrow’s streamlined balance while in flight. They do this by causing the arrow to spin, just like the grooves inside a rifle barrel cause a bullet to spin.

The spinning effect improves the accuracy of the arrow.

The insert is merely the part that fits down into the hollow opening on the opposite side of the arrow from the nock. This insert is the means through which you attach the various broadheads available on the market today. 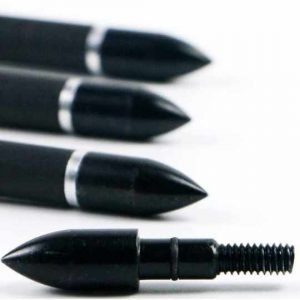 This is your broadhead or arrowhead. There are so many of these that you could probably compile an encyclopedia on them and still cover every type.

Each point has its own use, whether you are just target practicing or deer hunting. Some points are better for bow fishing, while others are great for punching through light vegetation.

The spine is something you will often hear about when referring to arrows. However, it’s not a part of an arrow. The spine is the degree of flex in an arrow when you release it from a full, drawn-back position.

The force of the bowstring flying forward flexes the arrow, curving it slightly and sometimes more than just slightly. Bow hunters and competition shooters prefer a stronger spine for less flex when they shoot. Too much flex can be dangerous, especially in fiberglass arrows.

If they flex too much, they’re liable to shatter. Other than that, too much flex affects the accuracy of the shot.

There you have it, the five parts of the arrow along with the hidden feature, known as the spine. Those that don’t know about bows and arrows often mistake the spine for an actual part of the arrow.

The other parts all play a crucial role in the flight path and accuracy of an arrow, while the tips that are used are based solely on what kind of shooting is going on. Broadheads are most often used for deer hunting, while fish points are used for bow fishing.

Field points are for target shooting, as are blunt points, though the latter is less effective in learning the art and skill of shooting a bow.