Species of Fish in Lake Tahoe 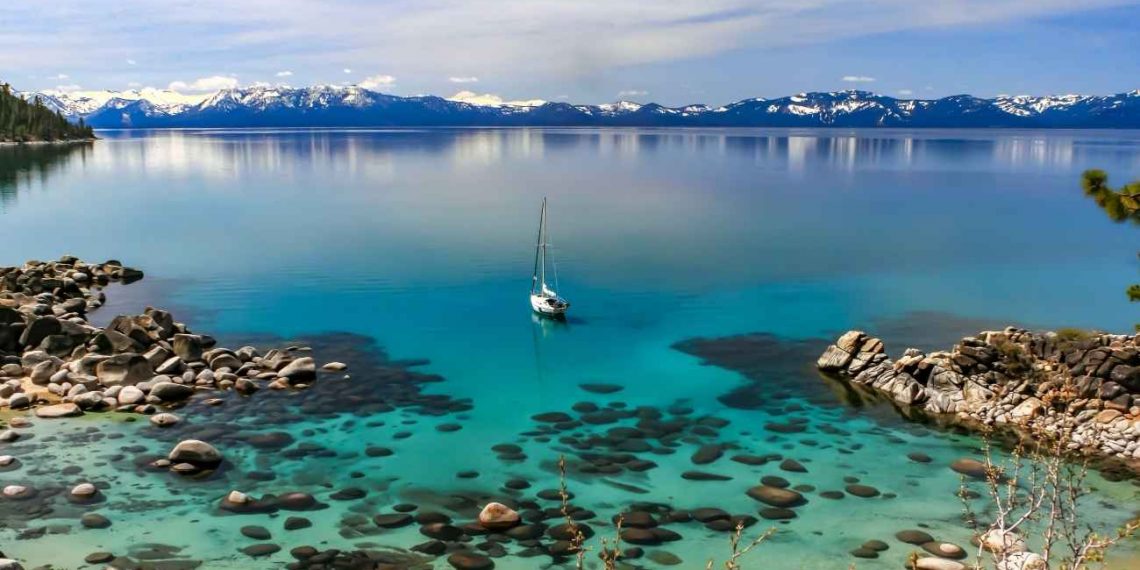 Lake Tahoe is a highly popular fishing site, both for local anglers and those just visiting or touring the area. Partly located in eastern California and partly in western Nevada, Lake Tahoe attracts a lot of visitors from both states each year.

Many of these lakes, reservoirs, rivers and creek beds are popular fishing spots all on their own, outside of Lake Tahoe itself. The associated bodies of water notwithstanding, you might be surprised at the limited species of fish in Lake Tahoe.

Within Lake Tahoe, and not counting the surrounding areas associated with it, there are only four species of fish—Rainbow Trout, Kokanee Salmon, Lake Trout, and Brown Trout.

Most Common Species of Fish in Lake Tahoe 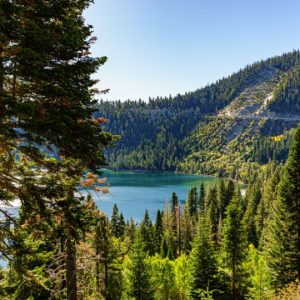 Out of all these areas, including Lake Tahoe, the most common fish are Lake Trout, also known as the Mackinaw. For the most part, Lake Trout weigh anywhere between 3 and 7lbs. However, the Lake also holds the record for the largest Lake Trout at 37.6lbs.

Like many trout, Mackinaw tends to have spots sporadically placed across their bodies. With the darker green and black Lake Trout, the white spots tend to stand out. Lake Trout are typically caught in deep water but will occasionally make their way into shallow waters during the winter months.

Kokanee Salmon comes in at second place, and for salmon, they’re pretty small, only weighing between 1 and 2lbs. Despite their low weight class, however, Kokanee Salmon are delicious and they tend to put up a heck of a fight when hooked.

Kokanee Salmon are pretty fish and also pretty good on the dinner table. They are silver in appearance but shed some different colors in the light, such as blue, green, and even black. When they’re in their spawning period, they turn a reddish hue. 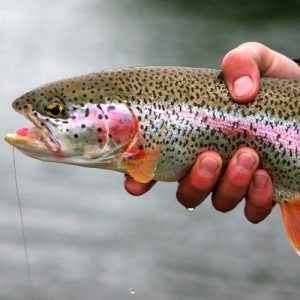 Rainbow Trout come in third place but are still pretty populous throughout the lake. Their average size is between 2 and 6lbs. Though Rainbow Trout are more silver than anything else, they are also covered in tiny, black spots.

They like to stick closer to the shoreline in Lake Tahoe and they really prefer low-light environments, so it’s better to fish for Rainbow Trout in the early morning hours or late in the afternoon.

Brown Trout come in fourth and can grow to a decent size. Their favorite foods are minnows, earthworms, and crawfish. They are streamlined in shape and length with a mottled green appearance.

They also love insects. Surface insects to be specific, so fly-fishing is generally successful with Brown Trout. 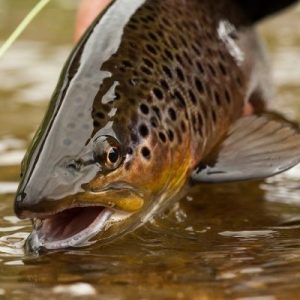 Some ancient Native American tribes may have had better luck. Native Americans often passed their history down verbally, from generation to generation but there is no mention of a fish that could be compared to the Lake Trout monster Robert Aronsen hauled in half a century ago.

Everything caught in Lake Tahoe since that day has fallen short. The California state record Brown Trout was caught there in 1932 and weighed in at 9lbs and 12ozs, a far cry from the Mackinaw.

Lake Tahoe may lack a diversity of fish, but it doesn’t lack in population and places to fish. While there are many different lakes, reservoirs, rivers, and creeks that branch off Lake Tahoe, they all remain under the same umbrella.

The fish are certainly plentiful, and it’s one of the most popular fishing locations in the west, especially considering its size and the fact that it extends through two states. The larger portion of the lake resides in California, but there is still a significant section in Nevada as well.

If you’re out that way and looking for some serious trout fishing, look no further than Lake Tahoe. As the largest Alpine lake in North America, it’s not hard to miss.