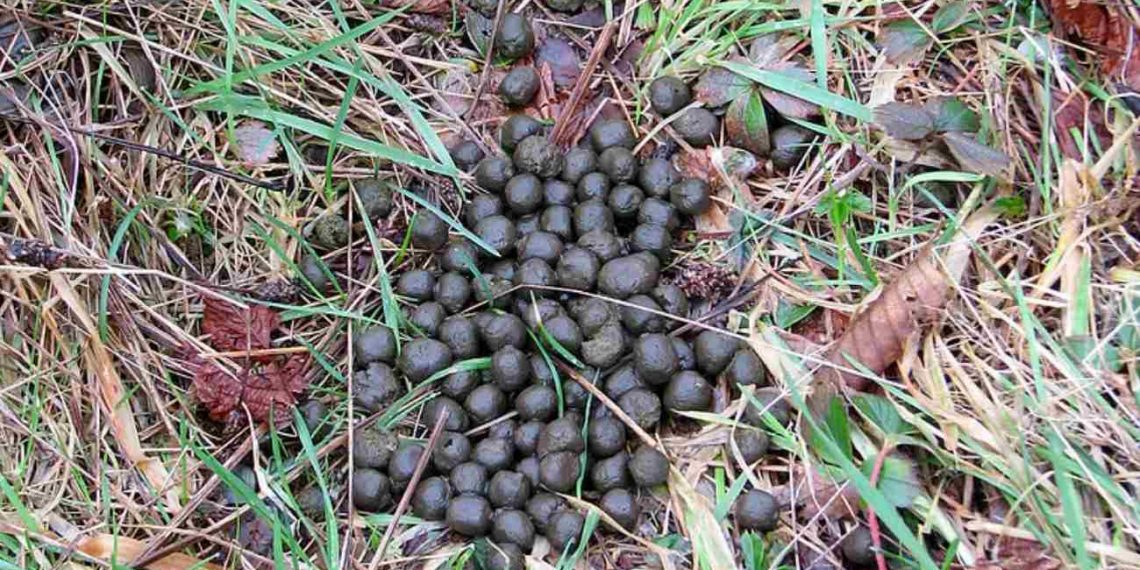 One of the most important part of tracking deer and learning their various movements throughout the area is identifying their “scat.” It will also tell you what their eating and bedding habits are. They can be brown, green, or black in color.

Deer poop looks like a pile of pellets, about ½” in diameter apiece. If you dropped a pile of blueberries on the ground, you would have something similar to deer droppings.

Rabbit poop looks very similar, and those who are less familiar with deer poop may confuse the two. However, rabbit droppings are usually a little smaller in diameter, despite the significant size disparity between the two animals.

Is buck poop different than doe 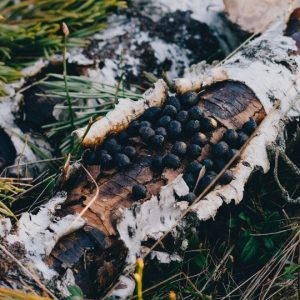 The pellets themselves are roughly the same size in diameter, but bucks drop more pellets than does. A Doe will typically drop about 50 to 60 pellets while a buck will drop 70 to 80 pellets.

At first glance, you may not notice a difference between the two piles. If you’re paying close attention, a pile of scat from a buck is slightly larger, due to the increased number of pellets. Color and shape are virtually the same as well.

You may come across a lot of deer scat as a hunter or as a landowner in a rural location. It probably all looks the same to the casual observer. However, there is a lot of useful information in a pile of deer pellets. 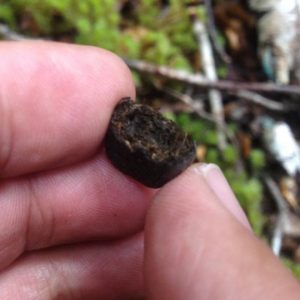 Buck and doe poop are virtually the same size, with each pellet measuring about ½” in diameter. If you see deer scat that is a little larger, it’s easy to confuse it with rabbit poop. However, it gets difficult to differentiate between the two if the buck or doe’s diet alters the size of the pellets.

The larger pellets indicate the deer are eating a low-fiber diet consisting of mostly fruits and vegetables. When deer hit up the acorns, nuts, and leaves, their pellets tend to be much smaller and rounder.

Color variations between bucks and does is the same as well, mostly because deer in the area are all eating the same things. Black, brown, and green are the three colors you’ll see more than any other. 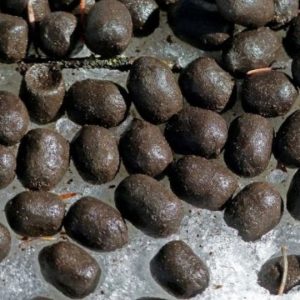 Usually, the three colors are so dark that they look black in almost any light.

Color is a good indication of what they’re eating as well, with green poop indicating a diet high in leaves and grass. Brown is for fruits, nuts, or acorns. Black is an indication the deer just pooped, and you just missed it. It will fade to brown or a dark green color soon enough.

The smaller the poop, the rounder it is. The larger it is, the more it tends to take on a more pointed look on one end. Summer deer usually poop little larger pellets that are cone-shaped. Winter deer, scrounging for food, produce smaller, rounder pellets.

How to tell the Difference between Deer and Rabbit poop

These two are often the most confusing to casual observers. Deer droppings tend to be a little larger and are often more oval, though deer poop can get pretty round in the winter months.

Rabbits also drop most of their pellets in one spot while deer just casually drop their pellets sporadically throughout the area. Rabbit poop measures about .2” to .5” while deer poop is about .5”

In terms of location, deer poop wherever they happen to be at the moment. Rabbits, on the other hand, stick close to their burrows, and the areas in which they poop are often well-traveled.

Both deer and rabbits tend to eat a lot of the same things, though rabbits stay away from acorns. Rabbits also poop far more often than deer, dropping 50 or so pellets once every hour. Deer poop less frequently, and fawns actually poop whenever their mother tells them to poop.

They have to do that so they can keep the scent of their passage under control, in case there are predators in the area.

Deer pellets are round to oval in shape and generally pretty dark, with shades of green and brown. The difference between buck and doe pellets is virtually non-existent, although bucks will sometimes drop an additional 20 or so.

Knowing the colorations, sizes, shapes, and locations of deer pellets helps hunters prepare for the upcoming hunting season. It will also give you a good idea of what the local deer population is, especially if you’re seeing the stuff everywhere.

Now that you have a better understanding of what deer pellets look like, it will be easier to separate scat between deer and rabbits, the latter of which can seriously lay down some poop.