Where to Shoot a Hog 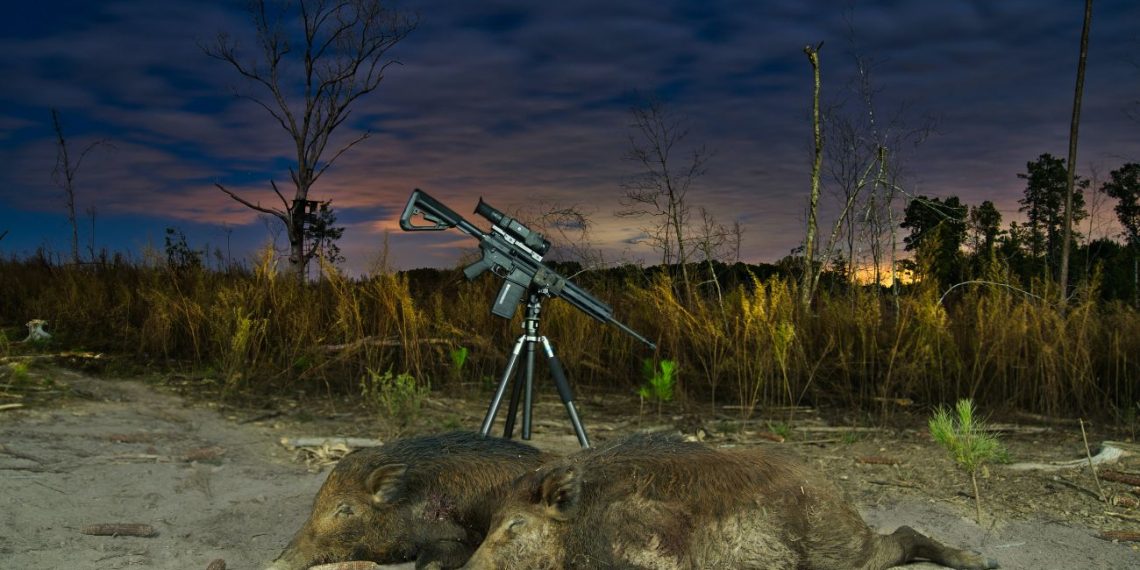 They say that hogs are one of the hardest game animals to kill in the world. Maybe there’s some truth to that. To each their own. It’s universally accepted, however, that hogs aren’t easy to kill. As big as they are, they present a smaller target than you might realize. So where to shoot a hog if they are rarely, if ever, still?

Since hogs are always moving, the primary target is the central nervous system, which means a headshot (typically through the ear canal) or a round through the neck. Even a little forward or backward movement at the last minute will likely result in a kill shot.

The headshot is the hardest of all, for obvious reasons. It’s the smallest target zone, and there is also the fact that hogs just love to move around a lot. Whether you’re using a rifle or a bow, the safer shot is the neck or upper shoulder region. 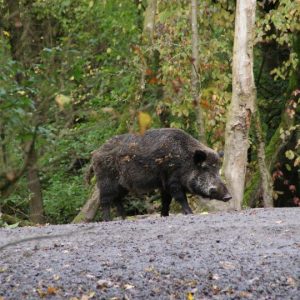 Aiming for the neck is one of the most surefire ways to quickly and efficiently take down a hog. The headshot is the hardest. It’s often recommended that someone hunting hogs for the first time should take the shoulder shot but it’s not always that easy.

Aiming for the Neck

The neck of a huge hog will give a newbie pause. Where exactly is the spinal cord in all of that tissue? The simal cord is not quite in the center. It’s about 2” above the center. If the hog is presenting its side and looking straight ahead, the spine is running straight back from the bottom half of the ear.

It has a rather large spine, so if you hit within an inch up or down, the velocity will separate it even if the round skims the bottom or top of the spinal cord.

The headshot is the hardest unless the hog is looking right at you. In that case, place the round directly between the eyes and about 1” up. Presenting its side, put the round in its ear, just like you’re offering to clean its inner ear out with a Q-tip. 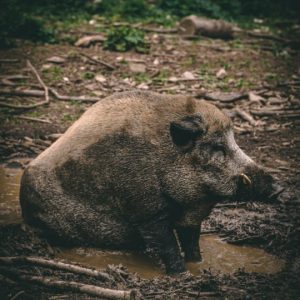 You’ll have better opportunities here whether you are shooting with a rifle or a bow. If the hog is quartering to, draw a straight line right up the center of its closest leg. Draw a horizontal line from the bottom of its eyeball back until the two lines intersect. That’s where you want to put your arrow or your round.

Quartering away is an excellent opportunity as well. The round or the arrow will travel through several vital organs, dropping the hog almost instantly. Draw a vertical line just behind the closest foreleg. Draw a horizontal line from just below the hog’s rectum.

Where the two lines intersect is where you want to place your shot. If you strike that point, your arrow or your round will pass through the hog’s heart. If the hog is standing there for a perfect broadside, draw a horizontal line back from its nose and where it intersects with the upper crease of the backside of its shoulder is where your shot placement should be.

Of course, with a broadside, it may be a better idea to take the neck shot, but that’s entirely up to you.

Best ammo to use

There are endless debates on whether or not a 5.56 or a .22 is enough to take down a hog. Some hunters will act like you’ve insulted their intelligence to suggest it. On the other hand, some hunters will swear that shot both are perfectly fine for hogs, with the right shot placement.

However, you have to be closer and better with a pistol over a rifle. With a bow, a straight-on headshot or an earshot is impractical, but the right broadhead placed in a hog’s vitals will annihilate them and bring the hog down in a hurry. Generally speaking, if it will kill a deer, it will kill a hog.

With the right weapon, a hog should give you several opportunities if it’s out in the open, even if you’re shooting with a smaller caliber, like a 5.56 or a .22. If you get it wrong, you’ll find yourself potentially dealing with a pissed off hog, and that’s never a good thing.